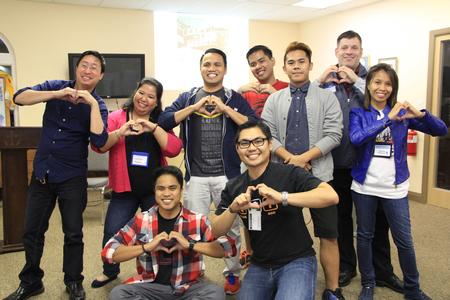 CFC Singles for Christ (SFC) is one of the family ministries of Couples for Christ (CFC). It was founded to cater to the needs of single men and women from 21 to 40 years of age. “Single” refers to anyone within that age group who is free from any legal impediments to marriage. The pastoral care offered by the ministry, though, is not limited to those who are called for marriage, but includes as well those who may be considering either single blessedness or religious vocation as a state of life.

CFC-SFC was established in April 1993, when a group of about 40 single men and women, mostly from the Visayas Islands in the Philippines, met for a 3-day workshop in Kalibo, Aklan to talk about forming a ministry for single men and women under the leadership of CFC.

It initially aimed to provide a Christian support environment for single men and women who want to follow Christ. However, SFC has taken a more pro-active stance with regard to providing that environment, by making sure that it brings Christ to wherever the singles are -- the corporate setting, campuses, government institutions, even in prison and developing communities. This is in alignment with CFC`s thrust of rapid, massive and global evangelization.

Vision and Mission of the SFC

SFC VISION:
Every single man and woman all over the world experiencing Christ.

SFC EXPANDED VISION:
Singles for Christ is the next generation of Couples for Christ, empowered by the Holy Spirit to journey and witness with single men and women in their discovery and pursuit of vocations and the fullness of the mission towards building a Christ-centered society.

How do you become a member of the SFC?

A single person can only be acknowledged as a full-fledged SFC member after he / she has gone through the 13-week Christian Life Program (CLP).